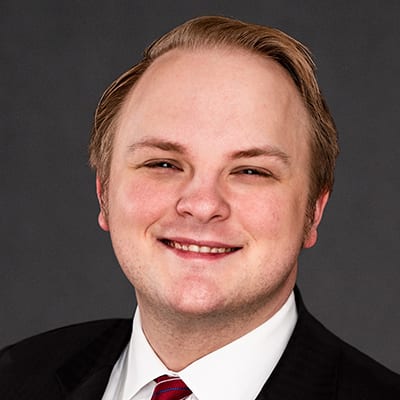 As President of Warburton Capital, he manages day-to-day operations, leads the firm’s advisory and operations teams as well as directs efforts to attract and retain talent. As a member of the firm’s Board of Directors, he works with the firm’s Founding Principal and the Board of Directors to derive and implement strategic decisions regarding the direction of the firm such as mergers and acquisitions, new lines of business, and business development.

Jonathan is a CERTIFIED FINANCIAL PLANNER™ Practitioner; he guides his clients through a life of financial purpose, helping them to define and achieve their goals as a fee-only fiduciary financial advisor. He is a member of the National Association of Personal Financial Advisors (NAPFA).

Jonathan earned a B.A. in History, a B.A. in Government, and an M.B.A. from Oral Roberts University, where he served as President of the ORU Graduate Business Association. He further earned a Master of Science in Financial Services (M.S.F.S.) with an emphasis in Financial Planning from Saint Joseph’s University.

Jonathan has served as an Adjunct Professor of Finance at ORU teaching Personal Financial Planning and Capital Markets. Jonathan was recognized in 2016 as one of Tulsa’s “40 Under 40.” Jonathan is a graduate of Leadership Tulsa, Class 51. From 2020-2021, he served as the President of the Board of Directors for Emergency Infant Services and had served on that Board since 2014.

In 2019, City Councilor Phil Lakin appointed him to the City of Tulsa Sales Tax Overview Committee, representing District 8. In 2020, he was appointed by Governor J. Kevin Stitt to the Oklahoma Commission on Children and Youth, serving as a member representing Business & Industry. In 2022, Governor Stitt re-appointed him to that Commission, and he was elected Secretary by his peers.

Jonathan and his wife Deanna Hall, a Registered Nurse, have three children: Adaline, Lincoln, and Gentry. They also have a family golden retriever, Bella.

Jonathan in the Media:

Hear an interview with Jonathan Hall on KRMG