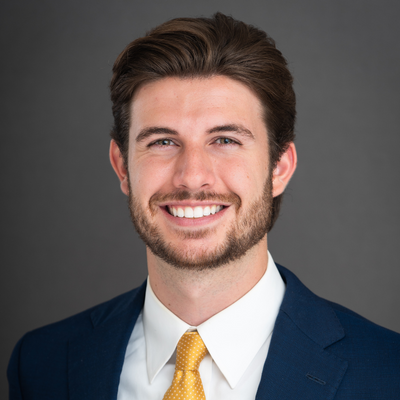 John-Michael graduated from Oral Roberts University in April 2022 with a Bachelor of Science degree in Finance and serves as a Client Service Specialist on the Warburton Capital Management Team.

John-Michael’s leadership extended outside the classroom in his role as a residential advisor and a teacher’s assistant for 30+ young-adults. A highlight of his academic career, John-Michael worked and served under ORU’s president where he assisted the president, the Board of Trustees and other esteemed faculty members.

His work experience includes several educational internships including a supply chain management internship for a manufacturing company where he was able to reconcile about $150,000 of mislabeled, mishandled, and expired inventory. He also worked with an appraisal company assisting in measurements, documentation, and photography.

John-Michael is the first American-born in his family with his parents immigrating from Norway and Jordan. He is fluent in both English and Norwegian and enjoys connecting with others.

He is a former Emergency Medical Responder, and an active member at his church, Victory Tulsa, where he serves most Sundays. John-Michael understands the importance of giving back to the community and frequently volunteers at the Tulsa Dream Center and Thursday Night Lights. He recently lead a missions trip to George, South Africa.